A root canal includes the evacuation of delicate tissue called oral pulp or dental pulp, as well as the infection from a tooth. Endodontic retreatment is a secondly technique performed on an infected tooth, that previously had a root canal procedure. This treatment can infrequently spare a tooth that would require removal due to a failed procedure; this treatment is also helpful in treating new injury or decay on a same tooth that had a root canal before. This procedure is a permanent process, which allow the tooth to last longer. Sometimes, it is good to have an endodontic retreatment instead of having another root canal.

DIFFERENT CONDITIONS
Yes, a root canal can be unsuccessful due to unhealed infection, or if a certain area in untreated. Even bacterial saliva can damage the tooth after the process of root canal. So it is essential to undergo endodoctic re-treatment for the restoration process. Decay is also common after a root canal, which requires immediate attention; a single crack in your tooth can allow decay to stay in. A traumatic injury could also result in infection, making the root canal failed. At the point when any of these issues happen, a dental specialist may suggest endodontic retreatment.

PROCESS
To perform this kind of dental treatment, a root canal specialist or a endodotist must get access to the already addressed tooth. This ordinarily means eliminating the top, which is a defensive cap positioned over a treated tooth, and whatever other components used to fix the tooth after the starting root canal. A dental practitioner will then need to uproot the material that was used to fill the tooth as well as to clear the canals, which are routes that keep the Pulp. After this stage, a dental specialist replaces the filling in that tooth. However, the filling is placed temporarily, as it needs to be replaced with dental crown which is considered as a permanent replacement.

If the dental expert thinks that endodontic treatment is not the best choice, the only option left is surgery. A dental surgery is performed by a dental surgeon who is an expert in handling issues related to the root of the tooth. It should be noted that surgical treatment cannot be executed alone, and it requires conjunction with the common dental methods of endodontic treatment. This is an exceptional treatment, which is not very common as most of the root canal procedures are successful. 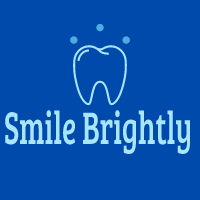